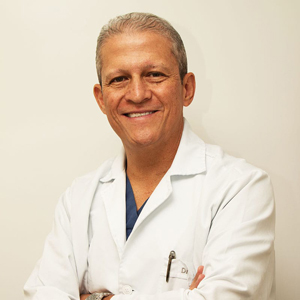 Medical surgeon of the Institute of Health Sciences and gynecologist and obstetrician of the same university. He made a subspecialty in reproductive endocrinology at the Valencian Institute of Fertility in Valencia (Spain), one of the most prestigious fertility centers in the world, and a Master in assisted reproduction at the University of Valencia in the same country .

On his return to Colombia, in association with Dr. Germán Raigosa and Dr. Natalia Posada, Cano founded Inser in 1995, the first center of the city of Medellín focused on the study and management of the infertile couple.

In the year 2000, he traveled back to Spain to practise for two years as a member of the IVI in the city of Murcia.

Cano has obtained several recognitions as a researcher in different congresses in the world, being the most important awards  the obtained in the the National Congress of the Specialty in the year 1994 in Spain; the Latin American Prize for the best Research in the area of fertility in the Latin American Congress of Fertility and Sterility societies of Panama in the year 1998 and the National Awards at the congresses of the years 1996, 2003 and 2007. In addition, Dr. Cano has been a visiting professor at national and International congresses of the specialty and has collaborated in different fertility journals in Europe and the United States.

As part of his career, Dr. Cano has been invited on several occasions by the Latin American network of reproduction as evaluator of the centers of reproduction of countries of Central and South America, and he served the position of Regional Director of this organism for Colombia, Ecuador and Venezuela between the year 2005 and 2009. In addition, he was chosen by Top Doctors magazine as one of the best gynecologists in the country.

In the area of teaching, he currently serves as a professor at the University of Antioquia in the postgraduate area, exercising the same position in the Pontifical Bolivarian University and at the University of CES.  He is also the creator and co-director of Colombia’s first reproductive medicine subspecialty program endorsed by the ICFES