When a couple consults a fertility specialist, it is common for the specialist to recommend, both to men and women, a very simple study to know their fertility potential. This study is known as a hormonal profile analysis and is done through a blood sample whereby the main hormones that regulate fertility in both members of the couple are analyzed. 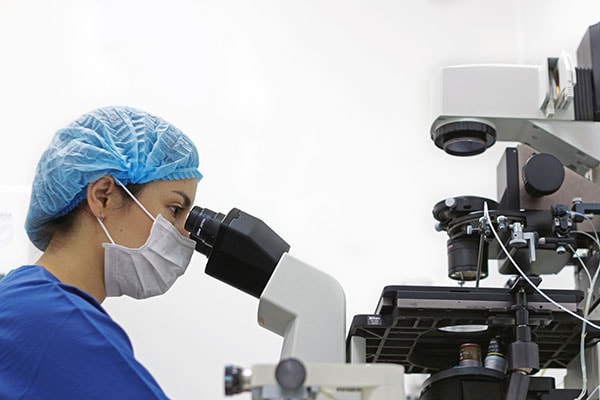 What is analyzed in the female hormonal profile?

According to their age and other variables such as obesity and diseases in the endocrine system, many women may have hormonal imbalances that may have an impact on their fertility and overall health. To detect these abnormalities, your doctor may order a profile to evaluate the functioning of hormones and thus recommend the appropriate treatment to improve or regulate your production.

The hormones that are usually studied in a hormonal profile are:

What are the normal levels for these hormones
What hormones are analyzed in the male hormonal profile?

Male sex hormones play a key role in reproduction, as they are widely involved in sperm production (spermatogenesis). The most important hormones in this function are prolactin, testosterone, dihydrotestosterone, LH and FSH.

What are the normal values of male hormones?

We invite you to follow the doctor’s recommendations before practicing these hormonal tests. The results of these analyses depend on the good preparation.