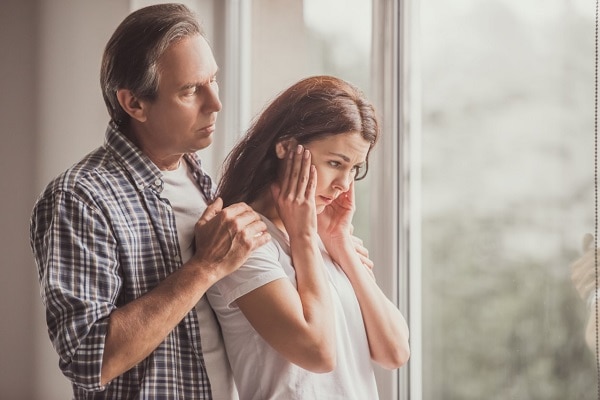 What are recurrent pregnancy losses (RPL)?

Although not considered infertility, repeatedly losing pregnancies generates as much or even more frustration. This diagnosis, known as Recurrent Pregnancy Loss (RPL), is made in couples who have lost 3 or more pregnancies.   In these cases, the risk of a new loss is considerably increased and measures should be taken to prevent this from occurring.  RPL occurs in approximately 3% of couples. In general, these losses occur in the first half of pregnancy, before 20 weeks.

What are the causes of recurrent pregnancy losses?

RPL has been associated with multiple causes:

Genetic. There may be abnormalities in the chromosomes of the intended parents that are not manifested in their physical characteristics, but that predispose them to form embryos with genetic alterations incompatible with life, which result in early miscarriage.  The most frequent of these is known as translocations, in which a fragment of a chromosome breaks off and attaches to another chromosome. Genetic alterations in embryos can also occur spontaneously in couples who have no predisposition. In the process of fertilization, a perfect union and combination of the genes of the ovum and sperm is required to allow for proper embryonic development; if any alteration in this process occurs spontaneously, the result is often a gestational loss.

Uterine. Early developing embryos are fairly demanding of the environment in which they are to be implanted to continue their growth and development. If there is any alteration in the uterine cavity that affects the physical and biochemical conditions necessary for implantation, it simply does not occur or occurs in a deficient manner, hindering the normal development of the placenta and the pregnancy. Alterations of the uterine cavity can be from birth (Mullerian malformations), such as partitions that separate the uterine cavity in two and uteruses with two separate bodies, among other abnormalities. Other alterations are acquired, such as the growth of uterine tumors called myomas or polyps or the sequelae of an intrauterine infection, or surgical procedures called synechiae.  The inability of the neck of the uterus (cervix) to contain the pregnancy can also cause recurrent loss during the second trimester of pregnancy.

Immunological. The immune system, which normally produces proteins known as antibodies, that attack and destroy agents foreign to the organism such as bacteria, fungi and viruses, may suffer an imbalance and thus produce antibodies against the organism’s own components.

In some cases, these components are structures known as phospholipids, which are involved in the regulation of blood coagulation.  These antibodies are known as antiphospholipid antibodies, among which the most important are anticardiolipin antibodies, lupus anticoagulant and Beta 2 glycoprotein. Their presence generates a state of hypercoagulability of the blood that causes the formation of small thrombi in the placenta and recurrent pregnancy loss.  This is known as antiphospholipid syndrome.

Endocrine. Some pathologies that have to do with the alteration in the production of hormones in the organism can generate recurrent pregnancy losses.  Those with the clearest association are thyroid disorders, diabetes, impaired prolactin secretion, and decreased ability of the ovary to produce progesterone, in what is known as corpus luteum insufficiency.

Infectious cases. Some infections, mainly viral, can lead to an isolated case of pregnancy loss.  However, none of them have been proven to cause recurrent pregnancy loss.

How is the cause of recurrent pregnancy loss diagnosed?

To analyze this condition, the specialist must do a complete study that includes tests such as:

Karyotype: a test that allows the analysis of the paternal and maternal chromosomes (structures in the nucleus of the cells, in which the genetic material or DNA is contained).

Maternal blood test for measurement of hormones and analysis of immunological factors.

Evaluation of the uterine cavity. The method of evaluation will be defined by the specialist according to each particular  case and therefore consider  the best risk and benefits profile for the patient.

Hysteroscopy: the introduction of a lens into the uterus, via the vagina, to visualize the uterine cavity in real time.

Hysterosonography: Infusion of sterile saline solution into the uterine cavity, via the vagina, using it as a means of distension for evaluation by transvaginal ultrasound.

Hysterosalpingography: an injection of liquid into the uterine cavity through the vagina, using it as a contrast medium to evaluate it by means of X-rays.

What are the most suitable treatments for couples with recurrent pregnancy loss?

After a comprehensive study of couples with RPL, a clear cause is found in 50% of the couples.  In the remaining 50% no cause is found, which is known as idiopathic RPL.

Many of the previously mentioned causes are responsive to successful management through different types of treatments such as correction and control of hormonal disorders, use of medications to decrease the tendency to form blood clots, surgical correction of uterine disorders, supplementation early in pregnancy with exogenous progesterone and/or the use of in vitro fertilization with genetic analysis of the embryos prior to transfer to the uterus.

In cases of idiopathic RPL, even though no cause is detected, the prognosis for these couples is exceptionally good. Scientific evidence has shown that up to 80% of such couples are able to have a full-term baby without undergoing any type of medical treatment.